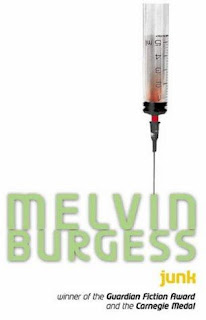 I don’t think Junk is powerful. Okay, it gives us the reality of being a junk and what the consequences are, but I don’t think the story is that great. There were many times that the characters were so annoying and were talking about things that weren’t even important. BUT it did affect me, even though it was in a negative way. In the beginning and in the middle of the book, when they didn’t talk about the negative parts of all the drugs, I felt the urge to do it myself. I felt the urge to run away, smoke some pot and get high. I don’t know why, but the feeling was there.

About the characters, we get to know the most about Gemma and Tar, but because of the multiple perspective we get to know things about Rob, Lily, Richard, Vonny, Gemma’s mom and Tar’s dad. I would’ve liked the book more if it was just Gemma and Tar. Some of the chapters, for example, when Richard was talking, weren’t even necessary. It hadn’t any important information about the book, just some random information.
Also the characters were annoying. For example Tar, he kept being pathetic and when he was on drugs, he was a jerk. And Lily, she was just insane, who nurses her baby while injecting smack in your breasts?! That’s not human!
But besides the fact that the characters annoyed me, they were so real. These days addicts like them exist and it’s getting worse. The book gives you a glimpse of their world, who they are, how they act, how serious this all is. That’s something I liked, it’s not fake it’s realistic.
And there was also one thing I really liked, something Gemma said:

“Maybe you think your mum and dad love you but if you do the wrong things they’ll try and turn you into dirt, just like mine tried to turn me into dirt. It’s your punishment for being you. Don’t play their game. Nothing can touch you; you stay beautiful.”

I loved this quote because sometimes, when my parents are angry at me, I often think like that. That my parents want me to be like they want me to, and not myself.

Do I think YAs will devour this book? Maybe. It depends. If you’re not that into reading and you’re reading this book, you’ll like it. But if you’re into reading, you’ll see the errors (annoying characters, unnecessary chapters/p.o.v,…) and there’s the possibility that you won’t like this book, or think it’s not that great.

Overall I think this book was okay, I liked the plot and if the characters were a little different and the p.o.v. too, I would’ve liked it more.

Something I want to mention is the cover. I’ve borrowed a copy with just a white background and a syringe, but you also have a cover with a dandelion, which, I think, suits better. You still have the syringe which refers to their junkie life and you have the dandelion which refers to the love between Gemma and Tar. I think the cover with the dandelion suits the book better than the one with the white background and syringe.

“She wrote, 'Dandelion, I love you.' And I thought that was magic. It's not in you, it's between you. It's bigger and stronger than you are” 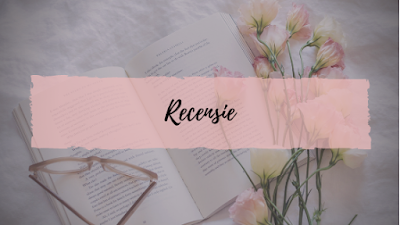 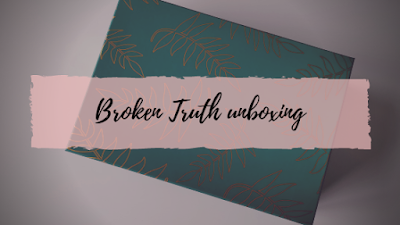 A Beast So Cold | Review