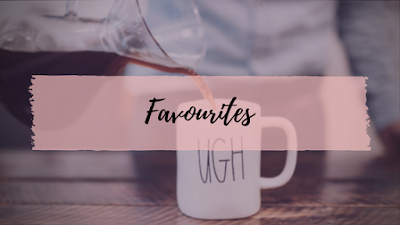 June was a nerve-wracking month because of my finals and my graduation. But I got time to buy some new things, or to read some good books, so here we go: 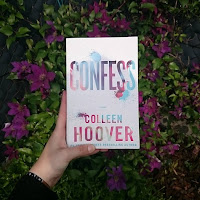 Confess is another book written by the talented Colleen Hoover. There isn't a book that I don't like written by Colleen Hoover. Confess tells the story of Auburn and Owen. Auburn is not our average girl you might expect and Owen is a painter. Here you can find out more about the book and here you can find my review.
(The picture is a little dark because the lighting focused on the book and not the flowers.) 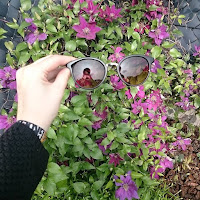 In the beginning of June I went to C&A (a store you can find in several countries in Europe) and I was looking at the jewelry and I found these sunglasses and I fell in love with them. I was looking for a new pair because the ones I had were so old. When I was looking for one, I always found some stupid ones in ugly colours. But these, these are just AMAZING. 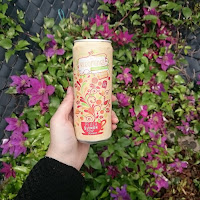 My mom went to the Action (a store in Belgium, The Netherlands, Germany, France, Luxembourg and Austria) and bought this flavour because I loved the Apple & Lemon Lavender one. I like the taste, it reminds me of Ice Tea Peach, which I also like. I'll definetly buy both of the flavours again! Click here for the Dutch Facebook page of Bloomings Tea. 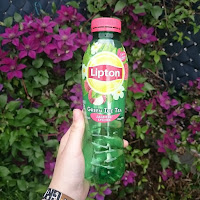 I love Ice Tea Green and when my mom brought this flavour with her from the store, I fell in love. It's such a sweet flavour and I couldn't resist drinking it all. If you've never tasted Ice Tea Green or this flavour, you should definetly do that! 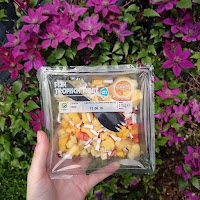 And yet again, my mom went to a store, called Albert Heijn (a store you can find in Belgium, The Netherlands and Germany) and she brought this fruit salad with her. It contains mango, papaya, pineapple and coconot. It's so delicious. One thing I really like is that it's freshly cut into pieces and deliverd to the store and it's low on calories which is always good. 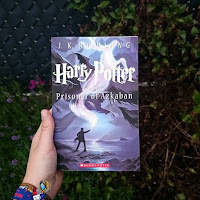 I said that I was going to read a Harry Potter book a month, but I failed. It took me a few months to start again in this series, not that I don't like the books but because I had so many other books to read as well. In the third book of the Harry Potter series, Sirius broke out of Azkaban and is on his way to Hogwarts. Everyone thinks he's going after Harry, but is that true? Click here for more information about the book. 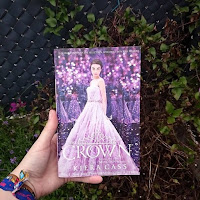 The Crown is the fifth and final book in the Selection series and I LOVED it! My review will be up soon, so keep an eye out for that! The Crown continues the story of Eadlyn and who she's going to marry. Will it be Kile or Hale? Or someone else? Click here if you want to know more about the book!