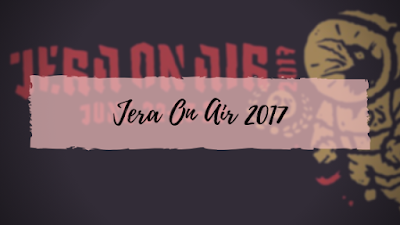 Yesterday I came back from Jera On Air 2017 and now I want to share my experience with you guys!

First of all, I want to give you more information about the festival itself. Jera On Air is an alternative music festival with metalcore, hardcore and punk music. The festival is in Ysselsteyn in the Netherlands and it's not that big. Don't think it's a disadvantage, because I really like it, I love small festivals with great names!
It was the 25th anniversary of Jera On Air this year, so this time they gave a pre-party, on 22nd June. After the pre-party you have 2 festival days, on 23rd and 24th June.

It's quite a trip to travel from my city in Belgium to Ysselsteyn in the Netherlands with public transport. Luckily I had some great friends with me! The trip was around 4 hours and then we arrived at the festival. Unfortunately there were already a lot of people so we had to wait in a long queue and then it started to rain... But besides the rain, the first day was
really fun. We set our tents, drank some alcohol and danced at the pre-party!

The 2 festival days were really great too! We saw a lot of good bands, we went on the picture with some band members and we danced like crazy people!

The bands we've seen were: Chelsea Grin, While She Sleeps, Northlane, Architects, Moments, The Devil Wears Prada, Deez Nuts and Of Mice & Men. The bands that we've listened and danced to were: Landscapes, Oceans Ate Alaska, Moose Blood and Madball.
My friends and I went on the picture with Tobias from Alazka, the entire Norhtlane band, Lawrence from While She Sleeps and Sean from Deez Nuts.

I won a meet & greet with Northlane so I got to meet them in real life and ask some questions. You all know that I'm really nervous and shy, so it was a little awkward but I have a picture with the entire band and I'm just so happy. They're so amazing and they talked about their music and their message.

Now I want to talk about some bands I've seen, I'm not going to mention every band because then my blog post will be way too long!
While She Sleeps and Northlane were so amazing. They are great performers and I was singing as loud as I could and dancing as crazy as I could. I was so happy that I got to see them again and I cannot wait to see them another time because they're that good!
Architects was WOW! They're one of my favourite bands and they're just so amazing! Another thing that I thought was really beautiful is that Sam was talking about Tom. That they're doing all of this for him and that he'll always be there in every show,... It was so beautiful and I was crying, but I wasn't the only one. It was so sad but also beautiful and this makes me love Architects even more!
Moments was another great band. I wanted to see them because they're Belgian and I was glad that I did that! They're really good and I cannot wait to discover more music from them!
And the last band I want to talk about is Of Mice & Men. I've been a fan of them for a really long time so I was really sad when Austin wasn't able to perform anymore because of his illness. I wasn't really sure if I wanted to see OM&M because of the fact that Austin wasn't in the band anymore, but my friends wanted to see them so I went with them. Unfortunately I didn't like them that much because of 2 reasons. 1 they never mentioned anything about Austin, which I think is kind of wrong because you can at least say something about why he left and that they miss him (like Architects did) and the 2 I missed Austin's voice. OM&M is good without Austin, but I couldn't help myself thinking that they sounded really weird... But hey, I can't love every band! 😉

So Jera On Air 2017 was really good, with great bands and an amazing atmosphere! I think it was even better than last year! 💛 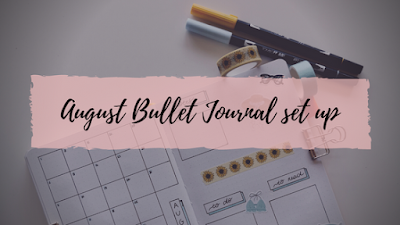