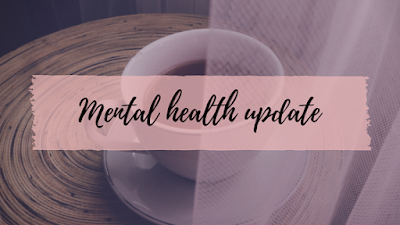 *Trigger warning: descriptions of or extensive discussion on self-harming behaviour*

It’s been awhile since I’ve written an update about my depression and anxiety. Well, let’s give you an update!

During the summer vacation there were a lot of days that I felt like crap, that I stayed inside and didn’t go out. I know you all might think it’s my own fault, but I can’t help it. It’s the depression and anxiety that kicks in. I thought that I would feel better when college started but I was wrong. When college started I did feel good, but the more weeks passed by, the more I began to feel like crap. I still get out of my bed and I still go to every lesson, but being at school doesn’t make me feel better any more. I like having my friends at school and I like listening to them, but they don’t always make me feel better. And no, I don’t blame my friends – they are amazing – but it’s the depression. I still love going to college but I when I look at my diary and see all the things that I have to do in so little time, it stresses me out. It gives me anxiety, I feel bad and then I feel depressed.

My parents kept asking me to make an appointment with a school counsellor to talk about my depression and anxiety. When school started, I didn’t feel like talking to someone, so I kept pushing it back and telling my parents that I forgot about it. But, in October I finally sent the mail to make an appointment. I could choose between 3 different counsellors/psychologists and I chose the one who looked the kindest. I know, looks can deceive but I think it’s easier for me to talk to someone who looks kind. It’s already hard enough for me to talk to someone I don’t know. But I finally made the appointment, so I was proud of myself!

So now a little more about my appointment with the psychologist. My appointment was on November 9, so last week. I was really nervous and when I walked into her office I started crying because of my anxiety and nervousness, luckily she wasn’t there yet. When she entered I was still really nervous and warned her that I cry easily so that she shouldn’t be worried. In the beginning, I thought it was going to be really hard to open up to her because I always overthink what I’m going to say. Surprisingly it was not that hard to open up to her. I stopped thinking and just let everything come out of my mouth.

At the end of my appointment she came to the conclusion that she couldn’t give me the help that I need. She thinks that a real therapist would be better because they know so much more than she does. She kindly explained the procedure of how everything is going to go and in two weeks, she’s going to give me a list of possible therapists. She gave me some information, and then we laughed a little. I didn’t think that I was going to be so relieved after talking to a professional. I’ve been carrying this for such a long time and now that I’ve finally told someone, I feel somewhat better.

I’m happy that I finally talked to someone but I am scared to see what’s next. I’m scared of the unknown but I hope that everything will be okay.