The Price of Silver | Review 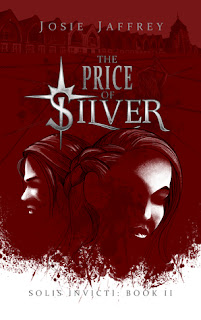 The Price of Silver continues the story of Emmy, Drew and Sol. It’s hard for Emmy to be around Drew because he’s Silvered for her. She doesn’t really know her feelings and she keeps thinking about Sol. She’s stuck between Drew and Sol and she’s still trying to be safe from Ben.

Like I mentioned in my review of A Bargain in Silver, I am team Drew. While reading The Price of Silver, I was waiting and waiting for Emmy to make a move and realise she has feelings for Drew, but that never came. I was hoping that she was going to fall for Drew and I was hoping for the wrong things because that never happened.

At the end of The Price of Silver something really serious happened and I couldn’t even believe it. It was such a plot twist, and I never saw it coming. It was so unexpected and I didn’t even think that it was possible. I’m not going to tell you what, because then it’ll be a huge spoiler! You just have to read A Price of Silver if you want to figure it out!

A Price of Silver was such a good sequel and I cannot wait to read the third book in the series, Bound in Silver!