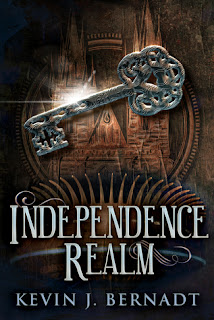 This book was provided by the author in exchange for an honest review. Thank you Kevin J. Bernadt.

Independence Realm was such a slow read, but at the same time a fast read. Everything that happened to the characters went by so fast and they could handle everything so easily. Everything was never a real effort for the characters and that made the book go fast. But it was also a slow read because I didn’t really get into the book. It wasn’t that interesting and kind of boring. Don’t get me wrong, I really like the concept, but I think that the story is just not that well written.

I guess you can say that this is Kevin J. Bernadt’s first novel because it’s not that well written and the story needs some depth. I wish I liked this story because the concept sounds really interesting!