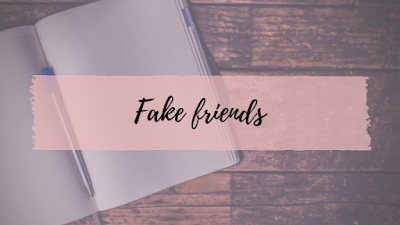 I saw this quote on Instagram, and I couldn’t relate to it more. I’ve been feeling pretty low the past couple of months and it felt like no one cared at all. I don’t really want to write a negative post, but I have to write down these feelings. 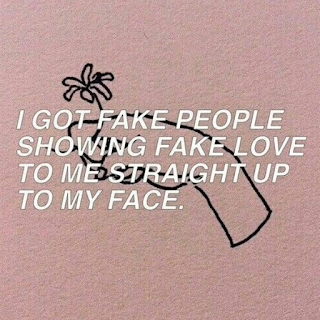 I’ve always been someone to question someone’s feelings towards me. I suffer from anxiety and social anxiety, so I always have negative thoughts inside of my head and I keep overthinking things. It’s hard for me to talk to strangers, and even to people I’ve known for so many years. And when I finally let someone in, it seems that I’m always let down.

But let’s start with the beginning. When I was around fourteen/fifteen, I had a ‘best friend’ and we always wrote letters to each other because we weren’t always together in class and we didn’t always have the time to talk about our problems and feelings during lunch break. So we came up with the idea of writing letters so we could express how we were feeling and what was going on in our lives. I really loved writing those letters and receiving them, and I thought my friend felt the same way… Well, that wasn’t the case for my friend. One of our mutual friends told me that that one friend hated writing those letters and thought they were annoying, while she always told me that she liked writing them. She’d say that in my face or she’d write that in one of her letters. She never said that she hated writing them and she just talked behind my back…

When I was fifteen, I had another friend that I was close to and I told her that I was in love with a guy (now my boyfriend) and we looked him up on Facebook and we talked to him. At that moment, my boyfriend was dating someone else so he told us that he was with another girl. I remember my friend telling me that I didn’t have to think about that girl because I was really fun and soon he’d realise that. Then one time, I don’t recall when, a mutual friend told me that my friend told others that I would never be in a relationship with him. Hate to break it to you girl, but he’s my boyfriend now and we’ve been together for almost five years.

It really bothered me that every time I let someone in, they’d always talk behind my back. I’ve had many other friends in high school that were like these two and I think it really affected my mental health and the way I think of friendships. Now, it’s so hard for me to leave a room because I always think that once I’m gone, my friends’d talk behind my back or laugh about something I’ve said. It’s so hard not to think that people are only being nice to me just because I help them. Something I also struggle with is trying to figure out whether people are their true selves when they’re talking to me when I’m standing in front of them. I’ve had a few moments when I think that someone is just faking it, faking that he/she cares, faking that he/she thinks I’m funny, …

These thoughts flow through my head non-stop, and sometimes it’s just too hard to deal with these thoughts. Sometimes I just want to be normal and not feel like this. And I know that there are other people who feel the same way, and that’s why I wanted to write this post.


You’re not alone, I know what you’re going through and I’m here for you!