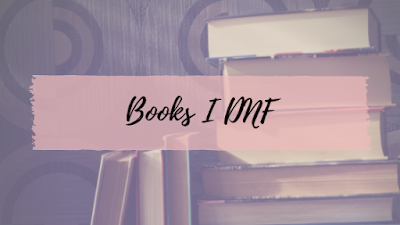 First of all, let me explain what DNF means. DNF means ‘Did Not Finish’ so you’ve started a book but don’t feel like continuing reading the book because of a specific reason. Most of the time my reasons are that I don’t like the writing, I don’t like the characters, or that I just wasn’t the right time to read a book.

In total I haven’t finished 14 books according to Goodreads but I’m sure that I’ve DNF more books, but let’s just go with what Goodreads says. Seven of those books were ARCs and the other seven books were books that I own or borrowed from the library.

Let’s start with the ARCs:

And the other books:

Sometimes it was also just an aspect that didn’t interest me at all, for example with Things I’d Rather Do Than Die. There was a big focus on God and I’m not really a believer so it kept on bothering me how they mentioned God in every chapter. Don’t get me wrong I don’t mind reading about people that believe in God and I respect those who do, but this was just a bit too much for me.

I also don’t finish books because I just couldn’t care what the characters were going through or when it’s a book in the series and I disliked one of the pervious books. This happened with The Kill Order (The Maze Runner #0.5) by James Dashner. I loved the first book, The Maze Runner, but the second book wasn’t as good as the first one and the third wasn’t good at all. And then I wanted to give The Kill Order a go because it was a prequel but I couldn’t finish it just because I had such a bad experience with The Death Cure.

And the last thing I want to discuss is not reading the book at the right time. One of the books that I had this feeling with, was Wuthering Heights by Emilie Brontë. Wuthering Heights is highly praised on numerous websites, blogs and even in books but when I read this book I just didn’t feel like reading it. I couldn’t connect to the story or the characters and I think that was because I was too young. I’ve read Dracula by Bram Stoker and Frankenstein by Mary Shelley when I was 15 and I had a hard time reading it (even though I liked both of these books). I think that if I would try and read a classic again that I’d enjoy it more than when I was 15.

So yeah, as you can see, I DNF a few books and that’s okay. You cannot love or like every book you read and sometimes you have to make the decision to stop reading a book so you can spend your time reading a book that you do enjoy!