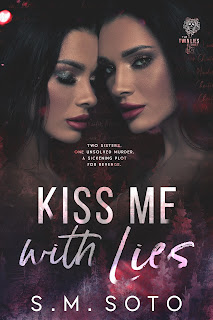 Two sisters. One unsolved murder. A sickening plot for revenge.

When Mackenzie Wright attends her first real high school party, held somewhere deep in the woods of her small California town, no one expects to wake up the next morning to news of a gruesome murder. Especially not her own sister’s.

No suspects.
No motive.
No convictions.
Just one unsolved murder and whatever’s left of the now deserted town.

Mackenzie has spent years with her sister’s death weighing heavily on her shoulders, but it isn’t until she stumbles across a photograph that changes everything for her. The memories, everything from that night, come flashing back in high-speed technicolor and Mackenzie soon finds herself obsessed with the truth.

Determined to find out what really happened to her sister, Mackenzie relies on that one photograph to give her the answers she needs by embedding herself into the lives of five of the wealthiest men in Los Angeles. Consumed by her need for revenge, Mackenzie infiltrates the world of the rich and elite, only to come face-to-face with an alluring complication in the form an elusive playboy.

When enemy lines are drawn, Mackenzie has to choose between her loyalty to her sister and the man who has stolen her heart. 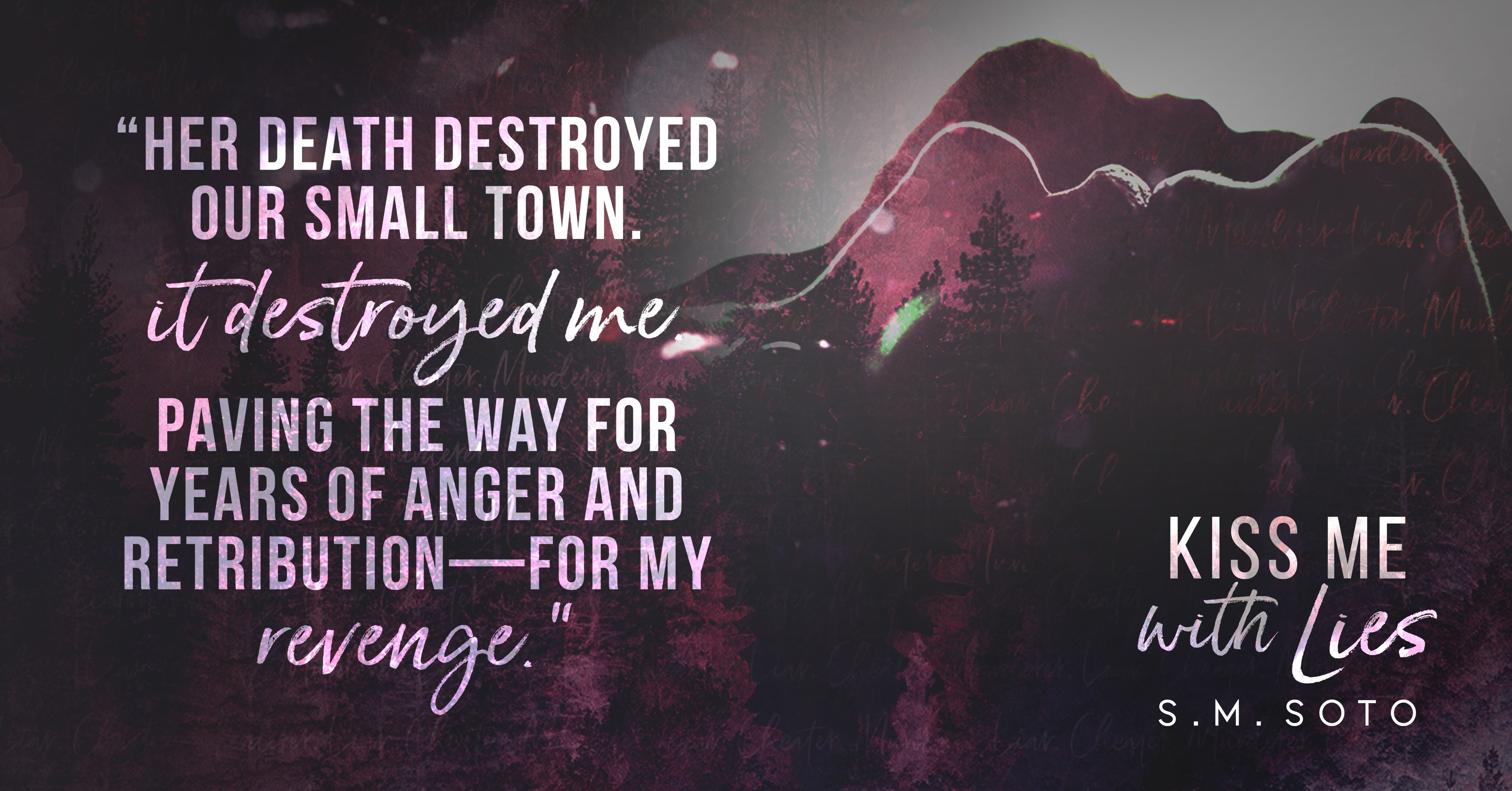 This book was provided by the author through InkSlinger PR in exchange for an honest review. Thank you S.M. Soto and InkSlinger PR!

Kiss Me With Lies is the first book in the Twin Lies duet and tells the story of Mackenzie who's lost her twin sister and is searching for the killer(s).

What the hell did I just read?! When I finished Kiss Me With Lies, I was so speechless. I cannot believe S.M. Soto ended the book like that. It was kind of savage. I need to know what happens to Mackenzie and who really killed her sister. I cannot really believe the last few sentences of Kiss Me With Lies...

I think that Mackenzie is kind of crazy. She's willing to do everything to discover who really killed her twin sister. I think it was kind of sad when you discovered bits and pieces of Mack's past because she didn't deserve anything of that. I really liked the chapters in Baz' perspective, it kind of changes my view on him.

Kiss Me With Lies was such an amazing book and I loved reading it. I really liked the book because it was so fast paced and well written. It was really hard to put this book down because I had to know what happened to Mackenzie and her sister. I think that this book was perfection because I cannot stop thinking about it. I need the sequel!!!

S.M. Soto was born and raised in Northern California where she currently resides with her son. Her love for reading began when she was a young girl, and has only continued to grow into adulthood. S.M. lives for reading books in the romance genre and writing novels with relatable characters. She refers to herself as a bit of a romance junkie. S.M. loves to connect with readers and eat copious of donuts that will surely lead to her demise (carbs are life).