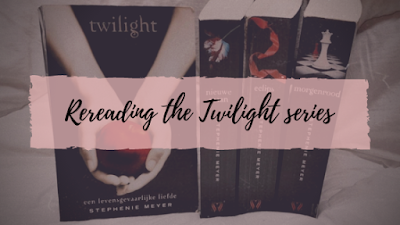 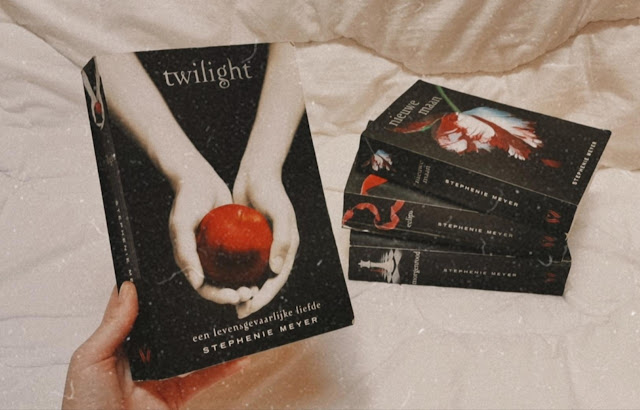 I’ve always been a fan of the Twilight books and movies, even though there are a lot of mixed opinions about the books and movies. I remember watching the Twilight movie with a friend and falling in love with the story. I immediately bought the first two books and devoured them. After reading the books I watched New Moon, and when Eclipse and Breaking Dawn came out I read them and watched the movie too. I think that Twilight was one of the books that created my love for reading (even though I was a reader before Twilight, I became more obsessed with books).
Sophie and I decided to read one book per week, so we started buddy reading on the 15th of June and we finished reading on the 11th of July. It was so nice to get back to my youth and reading Twilight again. I was kind of nervous because I was afraid I wasn’t going to enjoy the books as much as I enjoyed them when I was younger. But I loved rereading the books and I’m so happy that Sophie and I buddy read them. 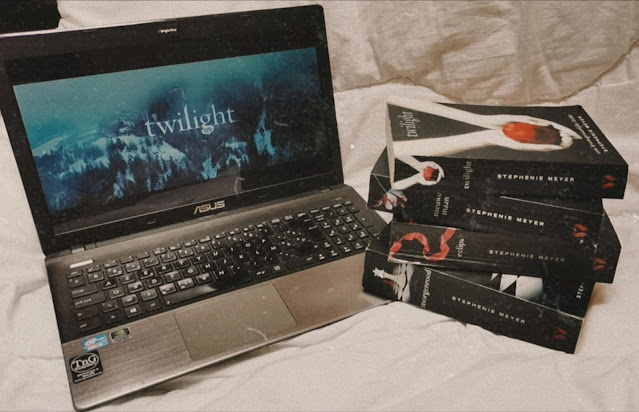 Something that I did during reading, was imagining certain scenes from the movie while reading the book. I really liked it, so I decided to watch the movies again. So after I finished Twilight, I watched the Twilight movie and so on. I really liked watching the movies and now that I’m older I noticed more differences between the books and movies. Even though there were a few differences, I didn’t really mind. I’ve always been a fan of the movies, so I loved watching them again.
I’m so happy that Sophie and I buddy reread the Twilight books and I kinda want to reread some more books I read when I was younger. I have reread the Vampire Academy series by Richelle Mead, the Fallen series by Lauren Kate and The Hunger Games series by Suzanne Collins a few years ago and I maybe want to reread those series again… But to be honest, I want to (re)read so many other books so I don’t know what to do…