Today Mallory McCartney and Rockstar Book Tours are revealing the cover and an exclusive content for Renegade, her new Adult Fantasy Romance which releases July 3, 2018! Check out the awesome cover and enter the giveaway!
On to the reveal! 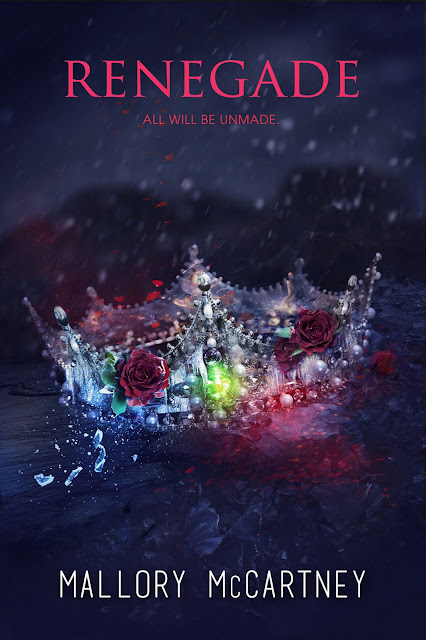 See where Black Dawn Rebellion was born in this prequel! 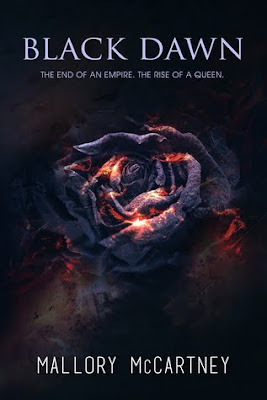 Emory Fae enjoys leading a quiet, normal life. That is until two mysterious, and handsome soldiers show up at her apartment, and the life she knew is instantly whisked away. Memphis Carter and Brokk Foster come from the magical and war ridden world of Kiero, and bringing Emory back she will discover she is the long lost heir to the Royal Line and is thrown into the Black Dawn Rebellion with a dynamic role to ignite the rebels and reclaim her throne.


With both men being darkly woven in her past Emory uncovers hidden secrets, a power held long dormant, and will soon realize there are worse things than supernatural humans, love, loss, betrayal, and a Mad King.


Some things are better left in the shadows.

Exhaling, the prince took him off guard as he lifted his eyebrow. “What I don’t understand is how the Faes have achieved such loyalty. What did they do?”

He chewed his bottom lip as he hopped over a fallen tree trunk. He looked to Marquis. “They were the dreamers in a time when culture, creativity, and equality were being butchered. The Academy was the foundation of that dream, for desolates, for the people with weaker abilities. For everyone. The people of Kiero followed Roque because they can’t fear him, they can only admire him. How brave he was for standing up to his father, for breaking free of his reign to start his own.”

Marquis chewed his lip. “It sounds like you have a different opinion of him.”

He threw out his hands. “I was born at the Academy. Raised in the Academy. Who am I to doubt the intentions of the Faes? They are practically family.”

Shrugging, Marquis cooed, “Sometimes it is the ones closest to us that betray us first.” 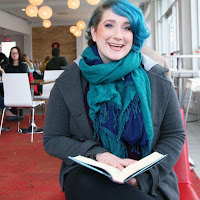 Mallory McCartney currently lives in London, Ontario with her husband and their two dachshunds Link and Lola. Black Dawn is her debut novel, the first in a series. When she isn’t working on her next novel or reading, she can be found dog grooming, book shopping and hiking. Other favorite pastimes involve reorganizing perpetually overflowing bookshelves and seeking out new coffee and dessert shops.


Giveaway
One lucky winner will receive an ebook of Renegade, International.