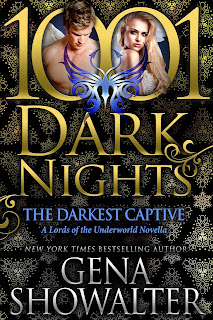 For centuries, Galen the Treacherous has been the most hated immortal in the Underworld. With good reason! This bad boy of bad boys has lied, stolen, cheated and killed with abandon. Possessed by the demons of Jealousy and False Hope, he has always lived for a single purpose: destroy everything.

Then he met her.

Former demon turned human femme fatale — Legion Honey — sought to kill Galen, but ended up parting with her virginity instead. Afraid of their sizzling connection, she ran away…and ended up trapped in hell, tortured and abused in the worst of ways. Now she’s free, and a shell of herself, afraid of her own shadow.

Galen’s hunger for Legion has only grown. Now the warrior with nothing to lose must help her rekindle the fire that once burned inside her. But as desires blaze white-hot, will Legion run again? Or will the unlikely pair succumb to love at long last?

**Every 1001 Dark Nights novella is a standalone story. For new readers, it’s an introduction to an author’s world. And for fans, it’s a bonus book in the author’s series. We hope you'll enjoy each one as much as we do.** 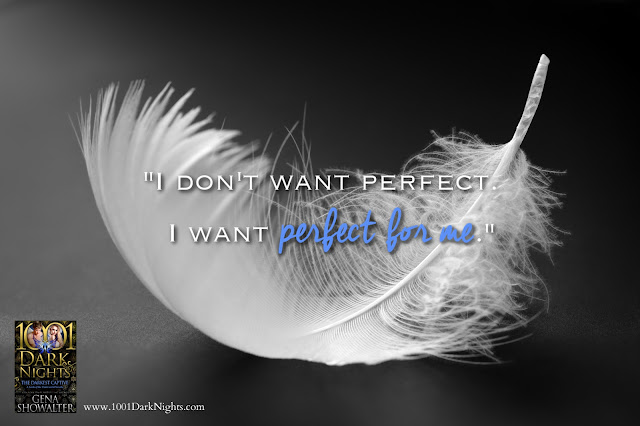 Review
The Darkest Captive tells the story of Galen and Legion. Galen’s been attracted to Legion for such a long time and now that she’s free, Galen hopes to make Legion fall for him.

It was so nice to finally come back to the Lords of the Underworld series. I really missed this world because I only read the first three books a few years back. I only read those 3 books because back then I only read Dutch books and they only translated the first 3 books, at least the paperback editions. I was a bit scared to read The Darkest Captive because it’s often hard to read a series when you’re used to reading it in Dutch. I did, however, enjoy reading The Darkest Captive in English and I’m looking forward to reading all the other books in English!

Now back to The Darkest Captive. I only read the first 3 books, so I don’t know every character of everything that happened, and that wasn’t a problem at all. Like mentioned in the synopsis, every 1001 Dark Nights novella is meant to be a standalone but it’s also a bonus for those who read the other books. I really liked this novella because it was so short, but also so fast paced. The story was amazing and I couldn’t get enough of Galen! 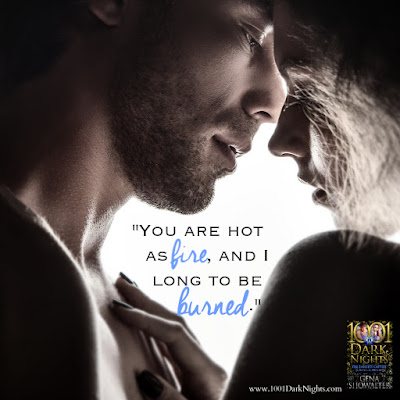 Gena Showalter is the New York Times and USA TODAY bestselling author of the spellbinding Lords of the Underworld series, two young adult series–Everlife and the White Rabbit Chronicles–and the highly addictive Original Heartbreakers series. In addition to being a National Reader’s Choice and two time RITA nominee, her romance novels have appeared in Cosmopolitan and Seventeen magazine, she’s been mentioned in Orange is the New Black–if you ask her about it, she’ll talk for hours–and her books have been translated in multiple languages. She’s hard at work on her next novel, a tale featuring an alpha male with a dark side and the strong woman who brings him to his knees. You can learn more about Gena, her menagerie of rescue dogs, and all her upcoming books at genashowalter.com