By the Feet of Men | Release day blitz 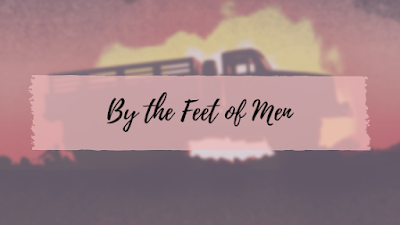 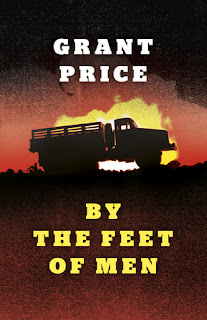 WANTED: Men and women willing to drive through the valley of the shadow of death.

The world's population has been decimated by the Change, a chain reaction of events triggered by global warming. In Europe, governments have fallen, cities have crumbled and the wheels of production have ground to a halt. The Alps region, containing most of the continent's remaining fresh water, has become a closed state with heavily fortified borders. Survivors cling on by trading through the Runners, truck drivers who deliver cargo and take a percentage. Amid the ruins of central Germany, two Runners, Cassady and Ghazi, are called on to deliver medical supplies to a research base deep in the Italian desert, where scientists claim to be building a machine that could reverse the effects of the Change. Joining the pair is a ragtag collection of drivers, all of whom have something to prove. Standing in their way are starving nomads, crumbling cities, hostile weather and a rogue state hell-bent on the convoy's destruction. And there's another problem: Cassady is close to losing his nerve. 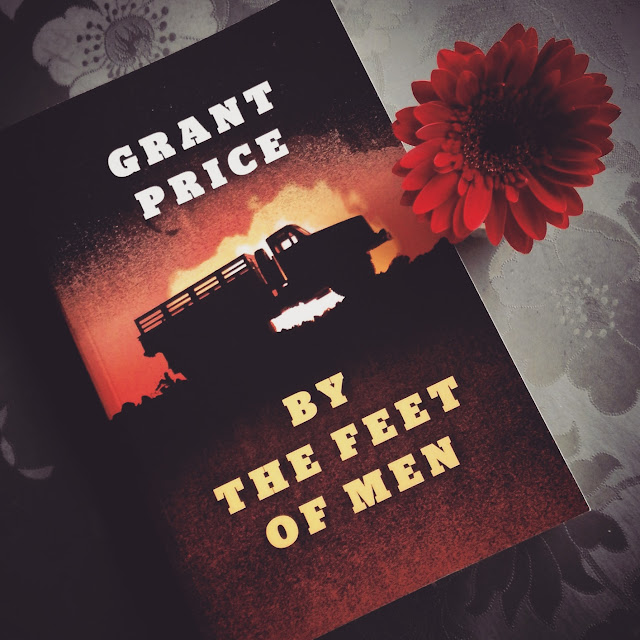 Praise for By the Feet of Men
“Price employs clever, precise writing that’s evocative and atmospheric without venturing into gory horror. This truly grim version of the future will keep readers riveted.” Publishers Weekly (starred review)

“An outstanding range of characters, clever observations and a very well-drawn society ... a thoughtful and inventive addition to the environmental apocalyptic genre." Horror DNA (4/5)

“Part adventure tale, part dystopian novel, this is an immersive story about survival and how the notion of the future keeps people going … a future-focused adventure with meaningful individual and global stakes.” Foreword Magazine (5/5)

“A gut-punch of a novel … By the Feet of Men mines the depths of human despair to make the message abundantly clear: we don't have time.” Mårten Thorslund, We Don’t Have Time

“Like a good action movie … with prose that keeps you engrossed the whole time.” Future Fire Magazine

“A fascinating novel full of intriguing and engaging characters on a dangerous adventure … [a] post-apocalyptic triumph.” David Turton, author of THE MALAISE

“[The] prose is hard, sharp, often fierce, like an action hero punching a way through problems. An intelligent action thriller.” Mad Hatter Reviews

"A too-realistic portrayal of humanity at its worst, eerily believable and entirely too possible in the not-so-distant future." Literary Portals

“A new take on how the world can be changed by the hands of mankind.” Long and Short Reviews (5/5) 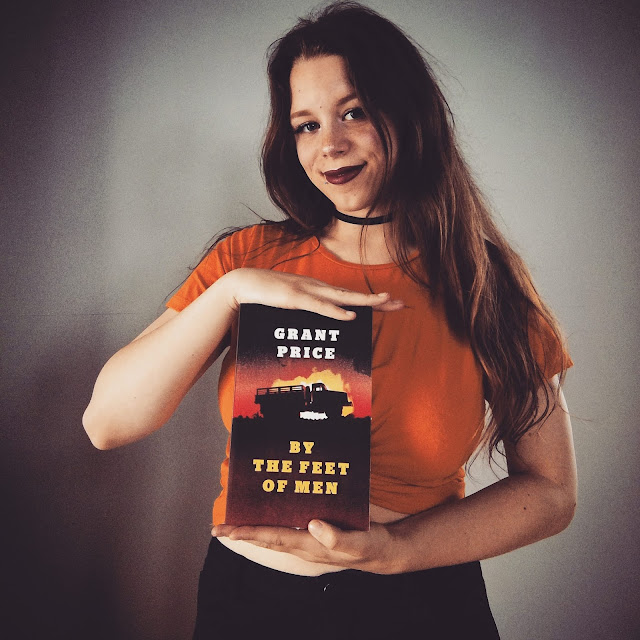 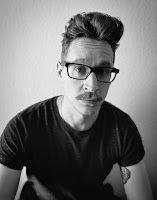 Grant Price (b. 1987) is a British-German author currently living in Berlin, Germany. After spending too many years translating and writing copy, he started writing fiction full time in 2015. His first novel, Static Age, appeared on Kindle in 2016. His second novel, By the Feet of Men, is published by Cosmic Egg Books in September 2019. His work has appeared in The Daily Telegraph and a number of magazines and journals. He has taught writing at the University of Gießen in Germany.