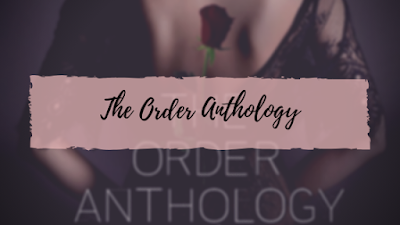 This Valentine's day, enter a world of secret societies, sensuality, and scandal... 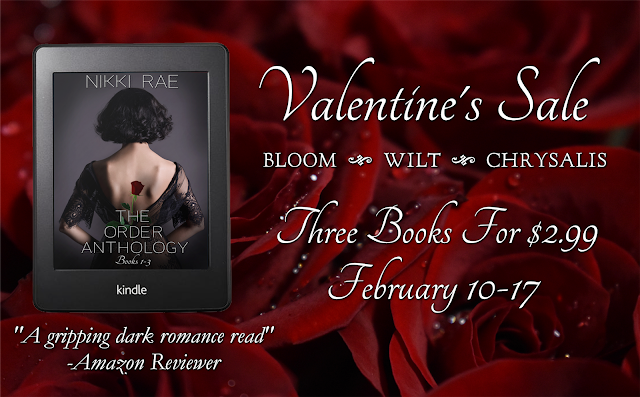 All three books in The Order Series in one convenient package! Enter a world of secret societies, sensuality, and scandal...

Bloom (The Order #1)
When she was sold at the age of nine to a Suitor, Fawn believed he would protect her from the “Mainworld”, where those who know nothing about the Order dwell. Living with the cruel man who bought her freedom, she finds just what the Order is about: money, control, and status for the Owner and humiliation and abuse for those they own.

Wilt (The Order #2)
When she was sold to Master Elliot Lyon of House Chimera, Fawn could have never imagined he was the same person as Elliot, the man beneath a well placed mask. A victim. Just like her. She would have never thought he was grooming her for the Wolf she’d already escaped once. That he planned to deliver her to the beast’s jaws in exchange for his wife. Master Jäger will stop at nothing to have her—even if that means using others as collateral. With more than just their lives on the line, Fawn must become someone else, and Master Lyon distances himself further from Elliot as her transfer looms.

Chrysalis (The Order #3)
After Wolf Manor, Fawn vowed to never be weak, broken, or scared again. She has wrenched her power from the Vultures, visiting them under the cover of darkness to deliver the same drug they’d given her. This version has a different side effect: death.


About the author
Nikki Rae is an independent author who lives in New Jersey. She explores human nature through fiction, concentrating on making the imaginary as real as possible. Her genres of choice are mainly dark, scary, romantic tales, but she’ll try anything once. When she is not writing, reading, or thinking, you can find her spending time with animals, drawing in a quiet corner, or studying people. Closely.