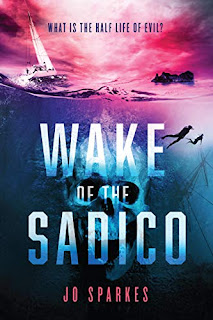 On a Caribbean dive vacation, five friends discover a centuries old shipwreck – and a karmic debt past due.
Wall Eddington has always done the correct thing. It’s part of being British, part of family tradition. Yet somehow someone drowned.
Now, half a world away, he’s diving off an old sailboat with four American friends. As a vacation it’s a bit primitive, but just what his soul craves.
Until they find a shipwreck.

Untouched and impossibly preserved, the thing bewitches with promises of gold. Their rush to claim it bogs down with odd accidents and petty arguments – and Wall is not the only one with dark dreams of pain and torture. Dreams of a captain called Sadico.
In fleeing his personal demon, Wall has run straight to its lair. This trap was laid centuries ago, for five souls moved on to new lives and new loves. Set by the one soul they left behind. 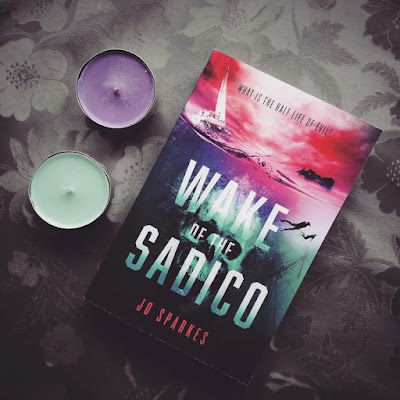 About the author
A former member of the Pro Football Writer’s Association, Jo was the first to interview Emmitt Smith when he started with the Arizona Cardinals. She’s written commercials, done interviews, staffed on a local children’s television show, and taught screenwriting at the Film School at SCC. Her awards include the Kay Snow for best screenplay, three B.R.A.G. Medallions, and a silver IPPY.

At the moment lives in Portland, Oregon with husband and Oscar the dog. It's sort of like living in Rivendell -- without the ears.