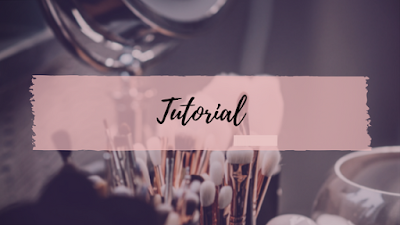 It’s been a while since I did a tutorial but last week I felt like creating a look for my blog, so I played with the red colours from the Makeup Revolution Maxi Reloaded Palette Monster Mattes. 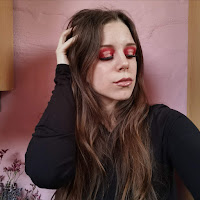 I created this look a little while ago but I have finally time to write everything down for the tutorial. I know it’s not a lot of work but I just keep procrastinating… Oh well, it’s finally up on my blog, so I hope you like this look!

PS: I know that I should’ve blended the inner part with the red a bit better but I’m not a professional and I do makeup for fun. And I’m sorry that some of the pictures don’t have the same lighting. It was cloudy…

Let’s get started with the tutorial!

1. Prime your eyelids and set them with a light eyeshadow. 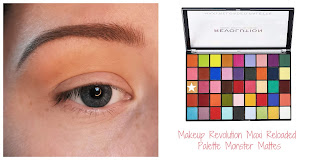 2. I used 2 different shades of red in the crease and I made a wing-shaped look. 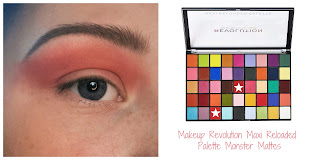 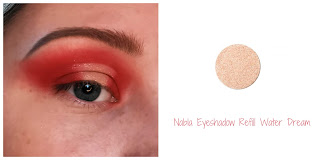 4. For the lower lash line, I used the Nyx Cosmetics Faux Blacks Eyeliner in OxBlood and blended the liner with the same two red shades. I also cleaned up the wing shape with a makeup wipe. 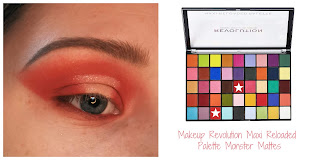 
And here’s a close-up of the finished look! 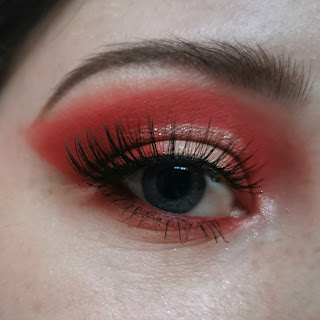