The Wolf and The Water | Review 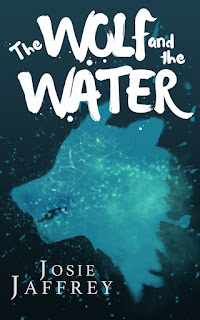 Some secrets are worth killing for.

The ancient city of Kepos sits in an isolated valley, cut off from the outside world by a towering wall. Behind it, the souls of the dead clamour for release. Or so the priesthood says.

Kala has never had any reason to doubt their word – until her father dies in suspicious circumstances that implicate the city’s high priest. She’s determined to investigate, but she has a more immediate problem: the laws of the city require her mother to remarry straight away.

Kala’s new stepfather is a monster, but his son Leon is something altogether more dangerous: kind.

With her family fractured and the investigation putting her life in danger, the last thing Kala needs is romance. She would rather ignore Leon entirely, however difficult he makes it. But when she learns the truth of what really clamours behind the wall at the end of the valley, she faces a choice: share what she knows and jeopardise her escape, or abandon him to his fate along with the rest of the city.

If she doesn’t move fast, then no one will make it out of the valley alive.


Goodreads ~ Amazon
Review
This book was provided by the author in exchange for an honest review. Thank you Josie Jaffrey!
The Wolf and The Water is the first book in the Deluge series and tells the story of Kala and her friends/family.

I’ve always read books about vampires by Josie Jaffrey so it was a nice surprise that she decided to write something different than vampires. And I’m not complaining! I really liked The Wolf and The Water because it was so interesting and original. I’ve never read something like this and that made me like the book even more!
Kala is such an interesting character, and I really liked reading about her. I loved that Josie Jaffrey gave Kala a deformity. There aren’t enough books with characters that look like ‘real’ people and that have ‘real’ feelings, and I love that Josie Jaffrey always tries to include diverse characters in her books. She’s written about POC and LGBT+ people. Thank you, Josie, for giving us real characters!
Some of the other characters that I really liked are Melissa and Leon. I loved that Kala had one person in her life that really cared about her and I also really liked how honest Melissa’s been the entire time about their special friendship. I really liked Leon because he’s someone special. I don’t really know how to describe him but he has a special place in my heart.
The Wolf and The Water was such an interesting story and I cannot wait to read more about this world and the characters. I finished this book in one day because I really enjoyed reading about Kala and her friends/family. The pacing is really good and the story is well written! Something that I also want to mention is that I love Josie Jaffrey for including a content warning list at the end of the book. Thank you, Josie!