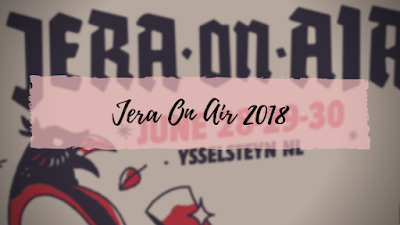 This is already the third time that I’m going to this festival and I cannot wait to share my experiences with you! If you haven’t already read my Jera On Air 2017 festival diary, make sure to check it out! 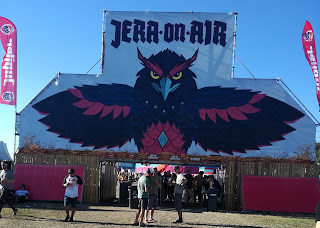 This year I was the only girl going together with my boyfriend, his brother, his nephew and his three friends. It was really funny though! I really like spending time with guys because they’re so easy to hang out with, so I didn’t really mind being the only girl. I also already knew all of these guys so that made it even more fun!

Jera On Air is a two-day festival, from Friday ’till Saturday, but you also have a pre-party on Thursday and you can stay until Sunday noon to pack all your stuff and go home. We arrived on Thursday, set up our tents and just chatted and drank some alcohol. It was definitely an amazing start to the weekend. We hadn’t seen each other for a while since it was exam period and some of the guys work, so it was nice to catch up.

The first day of the festival, Friday, we didn’t see a lot of bands because Saturday was the best day in my opinion. On Friday we hung around on the camping site for a while because the first band we wanted to see, played at 4 PM, and we also checked some band merch before we saw some bands. The bands we saw on Friday were Blessthefall, Lionheart, Neck Deep, Bury Tomorrow, Emmure, Enter Shikari and a bit of Billy Talent. My favourite band was definitely Emmure, this is the second time that I’ve seen them live and they were so good! 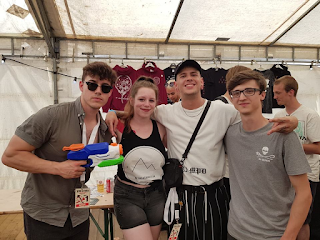 I also bought some merch on Jera On Air, a T-shirt from While She Sleeps and one from Alazka. Jera On Air 2018 was an amazing edition and I cannot wait for next year!